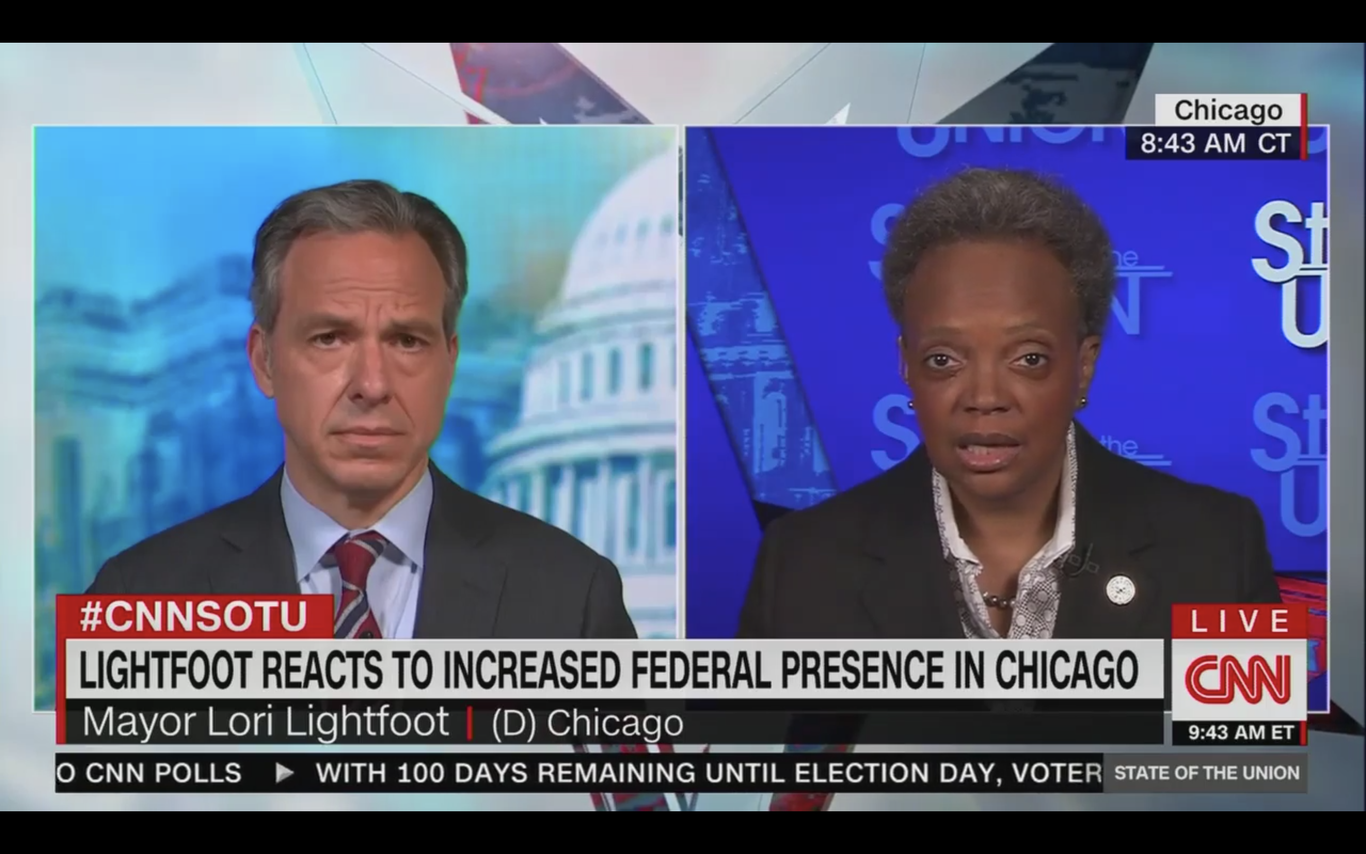 Chicago Mayor Lori Lightfoot said on CNN’s “State of the Union” Sunday that her city is being “inundated with guns” from outside states, and that President Trump could push for gun control measures if he truly cared about helping Chicago.

Why it matters: At least 414 people have been murdered in Chicago through July 19, putting the city on track to have one of its deadliest summers since 2016, according to CNN. Trump said on Fox News Thursday that he’s willing to deploy 75,000 federal agents to help cities struggling with protests and violence.

What she’s saying: “The fact of the matter is our gun problem is related to the fact that we have too many illegal guns in our streets — 60% of which come from states outside of Illinois. We are being inundated with guns from states that have virtually no gun control, no background checks, no ban on assault weapons,” Lightfoot said.

What she isn’t saying:  Nearby states with “virtually no gun control” somehow have been able to avoid the problem Chicago has with gun violence.  One might suspect that states without gun control would be experiencing the same problems with gun violence.  They aren’t, which suggests the problem in Chicago is elsewhere.  Perhaps, having over 100,000  MS13 gangsters in Chicago is the issue and not the gun laws in Indiana?

The big picture: Trump and Attorney General Bill Barr announced last week that the Justice Department would “immediately surge” law enforcement to Chicago in an effort to quell the violence. Lightfoot has said she’s received assurances that the federal agents deployed would be focused on dealing with gun violence, not targeting protesters like officers have been doing in Portland.

Worth noting: Homicides were increasing nationally before the pandemic hit, and homicide rates fell in 39 of 64 major U.S. cities during April before starting to rise again in May.